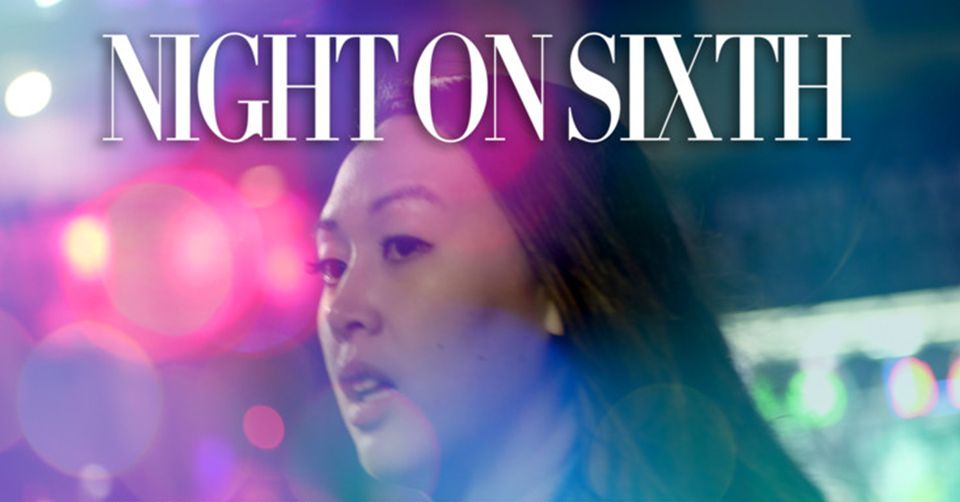 Austin Asian American Film festival and the Long Center present a special outdoor film premiere of Mohit Jaswal’s NIGHT ON SIXTH. Join us for a comedy standup pre-show by Yola Lu and Tai Nguyen and a screening of the film as we celebrate a locally-filmed Asian American gem.
* Bring your own chair or blanket for this event
* Event take’s place at Long Center’s H-E-B Terrace
PLEASE NOTE: AAAFF Virtual Film Pass does not include entry to our drive-in and special events.
ABOUT NIGHT ON SIXTH
As people, we are constantly thinking about our decisions, how we ended up in our current predicaments, what we have, and what we don’t. We often wonder if something is missing from our lives, or if the things we want are still attainable. In Mohit Jaswal’s NIGHT ON SIXTH, Yola (Yola Lu) has all of these thoughts, and more swirling around in her head. While out with her friends, she impulsively decides to ditch them and yearns to escape, if only for the evening. During her journey around Austin, she meets new and interesting people which leads her to question everything. A charming, funny, and sometimes poignant film, NIGHT ON SIXTH delivers a sweet and grounded story about connection.
Our 13th Annual AAAFF is supported by The City of Austin’s Cultural Arts Division, Texas Commission of Arts, Upside Avenue, Awesome Foundation Austin, Austin PBS, The Austin Chronicle, Austin Film Society, Greater Austin Asian Chamber of Commerce, Taiwanese American Professionals – Austin, HEB.