An Evening with Itzhak Perlman 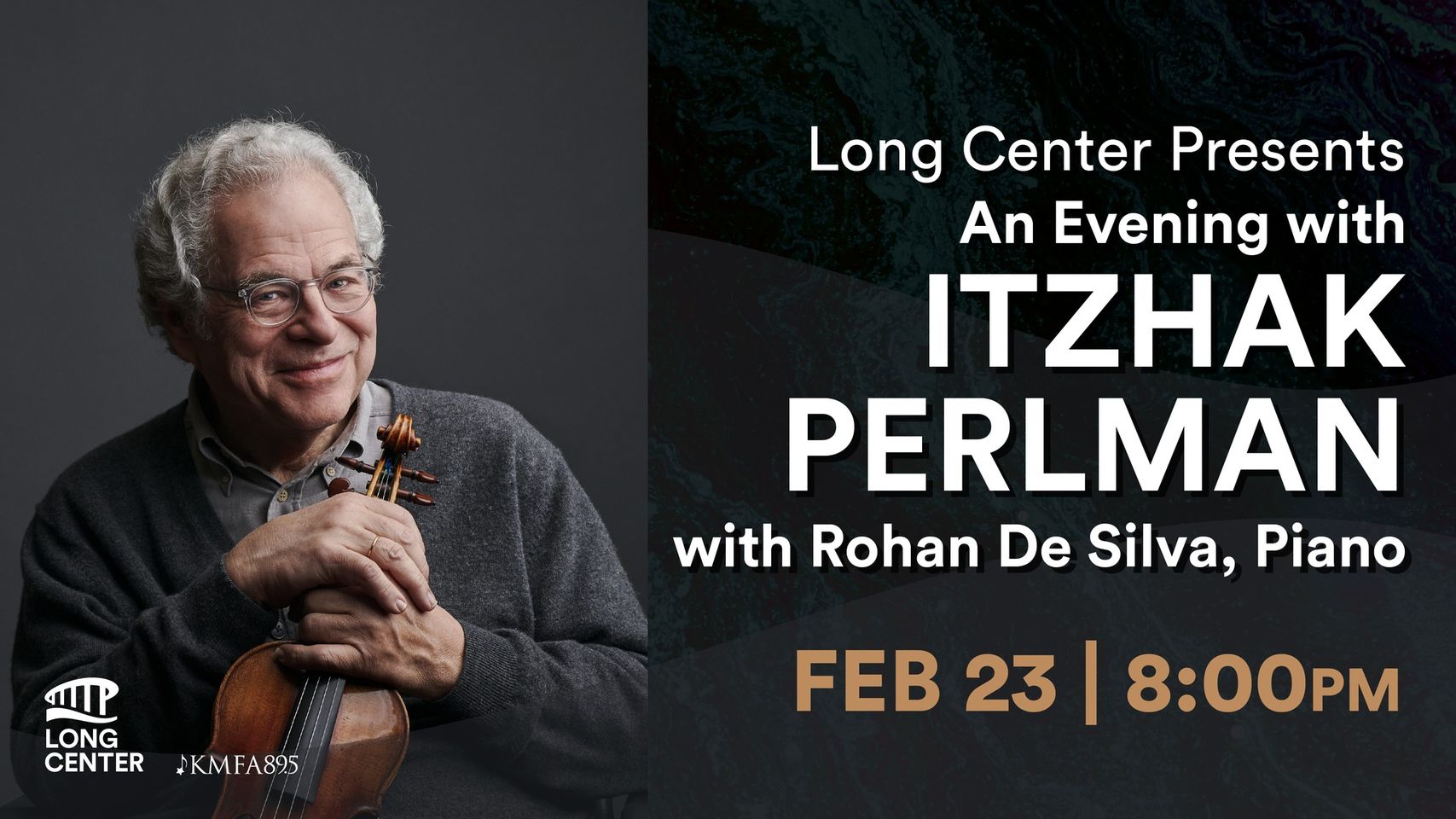 Member Presale begins Fri 9/30 @ 10am. Tickets on sale Tues 10/4 @ 10am.
Undeniably the reigning virtuoso of the violin, Itzhak Perlman enjoys superstar status rarely afforded a classical musician. Beloved for his charm and humanity as well as his talent, he is treasured by audiences throughout the world who respond not only to his remarkable artistry, but also to his irrepressible joy for making music.
Having performed with every major orchestra and at concert halls around the globe, Perlman was granted a Presidential Medal of Freedom – the Nation´s highest civilian honor – by President Obama in 2015, a Kennedy Center Honor in 2003, a National Medal of Arts by President Clinton in 2000, and a Medal of Liberty by President Reagan in 1986. Perlman has been honored with 16 GRAMMY® Awards, four Emmy Awards, a Kennedy Center Honor, a Grammy Lifetime Achievement Award, and a Genesis Prize.
This new program is the culmination of many years of Mr. Perlman being urged to share the story of his life and career through anecdotes, musical pieces and personal photos from his archives. It is a first-ever experience for audiences to learn more about the extraordinary 13-year-old boy who became a household name over 60 years ago.