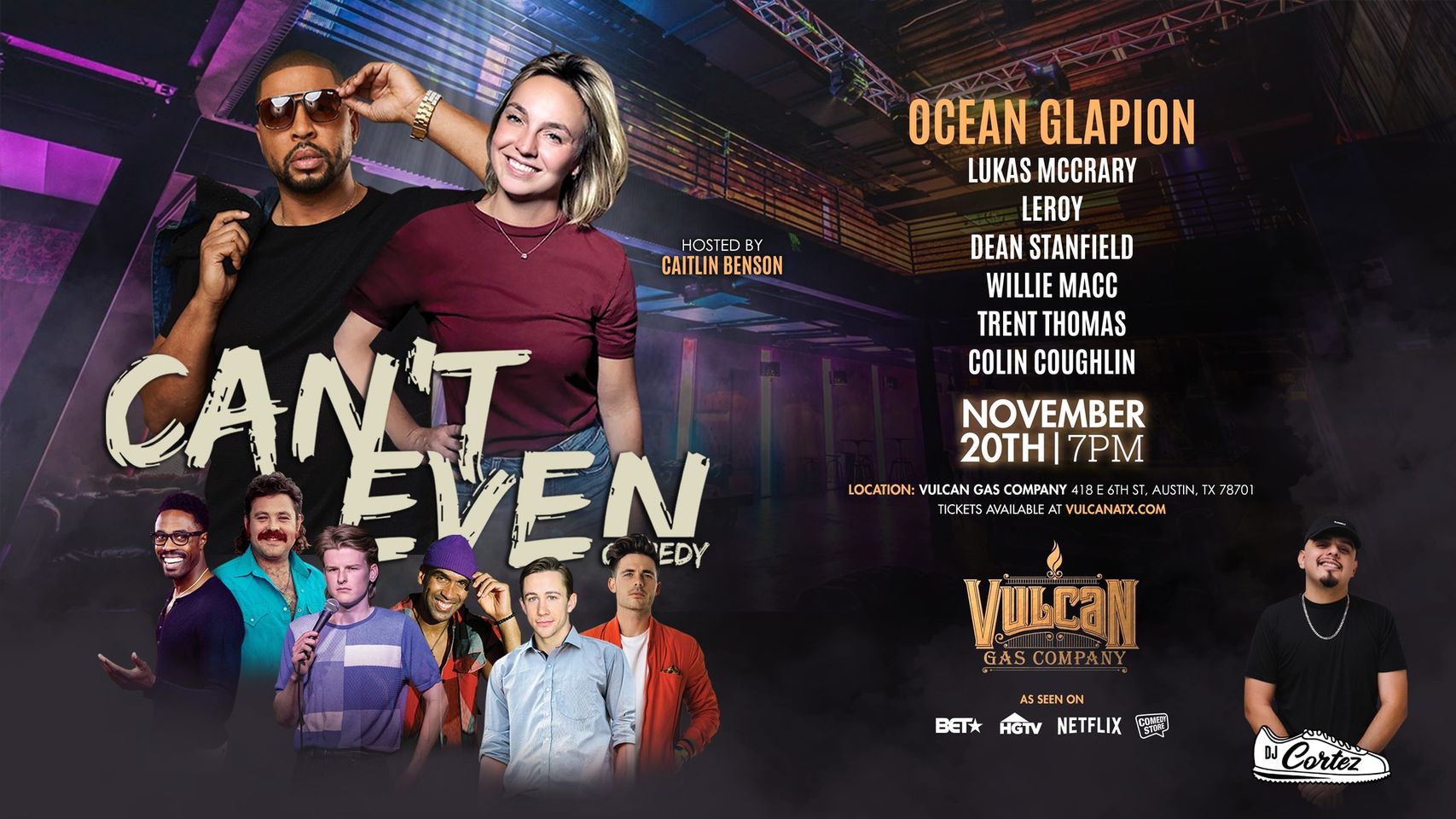 Can´t Even Comedy is coming to Vulcan Gas Compnay!! Catch this group of incredible comics from Los Angeles with a couple of Austin´s staple comics. Can´t Even Comedy presents headliner Ocean Glapion fresh off filming his debut Netflix special. You may also know him from opening for Deon Cole on his national tour. Catch him now so you can say you saw him when…
Host for the evening is Caitlin Benson, co-founder of Can´t Even Comedy. Caitlin is a regular at the Hollywood Improv along with her weekly show on the rooftop of Mama Shelter Hotel in the heart of Hollywood. Her half hour special can be found on Youtube. Caitlin is excited to bring a wide variety of comics to Austin. There´s something for everyone!
In addition to laughs, Can´t Even Comedy is committed to bringing an EXPERIENCE! Come early and stay late for the pre and post show party hosted by DJ Cortez on the ones and twos! Comedy and a DJ…you won´t need to go anywhere else.
Doors & DJ: 7pm
Showtime: 8pm
Location: Vulcan Gas Company 418 E 6th St, Austin, TX 78701, United States
Lineup
Ocean Glapion: Netflix & BET
Caitlin Benson: Can’t Even Comedy, Comedy Store & The Improv
Willie Macc: BET and HGTV
Lukas McCrary: Main Course and Hit List
Dean Stanfield: Best of the West
Leroy
Trent Thomas
Colin Coughlin
DJ Cortez