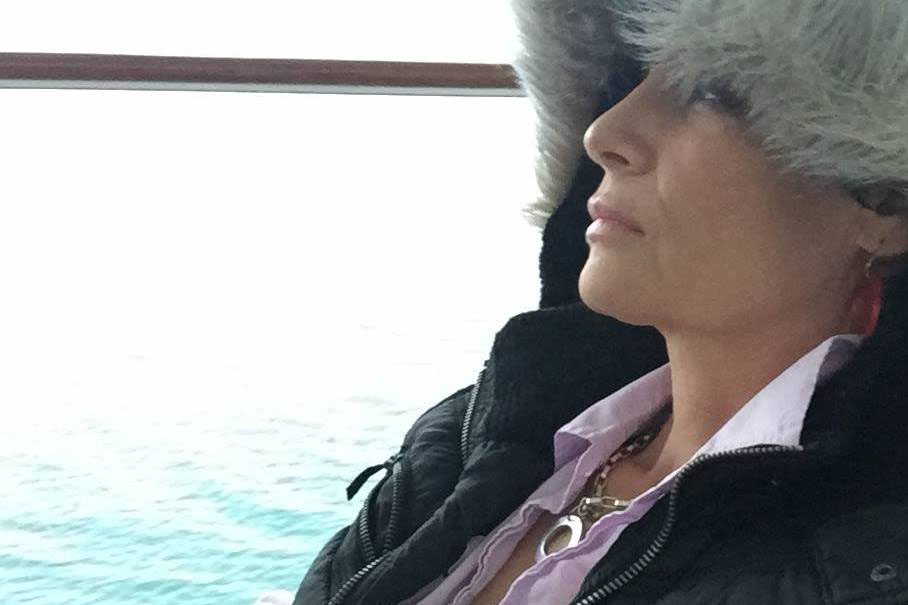 Far-reaching influences of a lively musical childhood weave through Carrington’s unusual, hookladen songs, and stand out in her new EP, “I’m The One”. The spirit of independence runs deep in her lineage, with her English forebears having fought in the American Revolution, including a colonel who crossed the Delaware River with General Washington. This maverick spirit has persevered through successive generations, and informs Carrington’s artistic practices, her passions, and her calling in life.
A native New Yorker, Carrington’s love for music was sparked in early childhood while listening, dancing and singing to the records that her dad, a huge music aficionado, was spinning — Teddy Wilson, Beethoven, Herb Alpert, Hudson River folk, Scottish marches, Bob Dylan, classic rock, and the Beatles, among many other artists. She went on to study in Baltimore and New England, and lived beachside in Los Angeles for a decade. Currently, she divides her time between Austin and Seattle.
Recently, Carrington has devoted much of her time to touring. In 2018, she began the year with a trio of shows at the Sundance Film Festival showcase, then set out on an ambitious two-month tour of Europe including the United Kingdom through spring and summer, with radio shows along the way. Along with British musician and composer Adam Blake, she performed to a wide range of audiences in Germany, Holland, Belgium, and France, where she played at the popular club Belushi’s in Paris. Highlights in the UK included shows in Bristol, Bath, Brighton, Glasgow, and Inverness.

Without a doubt, the pièce de résistance of that year was a visit to the pristine Isle of Colonsay in the Inner Hebrides of Scotland. Colonsay is the ancestral home of the MacDuffie clan, where they lived for centuries before heading to the American colonies in the early 1600s. Carrington had the thrill of performing in a church on the site where her ancestors worshipped. The experience deepened her connection to her Scottish roots, and to the country itself. “As soon as we crossed the border from England into Scotland, I felt an energy shift. I felt free,” she says. It also inspired one of her newest songs, “Glasgow,” a rousing tune about both the city, and the circumstances of grass-roots life as a musician on the road.

In 2019, Carrington toured the UK for two months, singing and playing her custom electric ukulele, with a guitarist completing the duo – over the course of the dates, she was accompanied by Anthony William, Carter Arrington, and John Gray. A couple of full-band shows were on the itinerary – in Dundee, and at the Belladrum Tartan Heart Festival in the Scottish Highlands. Other highlights included TVWStock in Wales and Stockport Pride in England.

Carrington traverses the globe and her inner muses with gleeful explorations of thought and practice. Whether making music, voicing works of literature, piloting a fixed-wing airplane, writing poetry, or savoring the zen-like concentration of target shooting, she is led by her passion for creativity, and, of course, independence.

“I think the purpose of life is joy,” says Carrington. “I see the world as one big art happening, and I love participating in it.