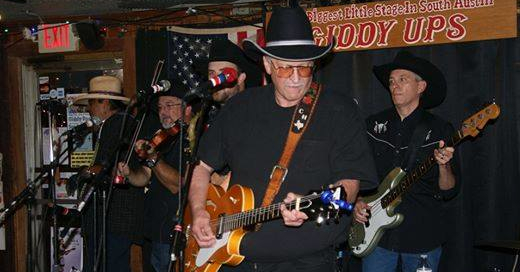 The Cornell Hurd Band is back in (far) South Austin. They will be playing and giving their performance at Giddy Ups – thinking of the two classical Austin institutions Giddy Ups and the Cornell Hurd band sounds like a match being made in heaven.
If you have ever experienced their mix of Western Swing, classic country, jump R&B, spiced with a dash of rock `n roll you will be a convert.
From residencies at Austin’s classiest dives of lore, like Henry’s and Jovita’s to the big festival stages in Switzerland and France, this band has one motto – to entertain the listeners and the dancers.