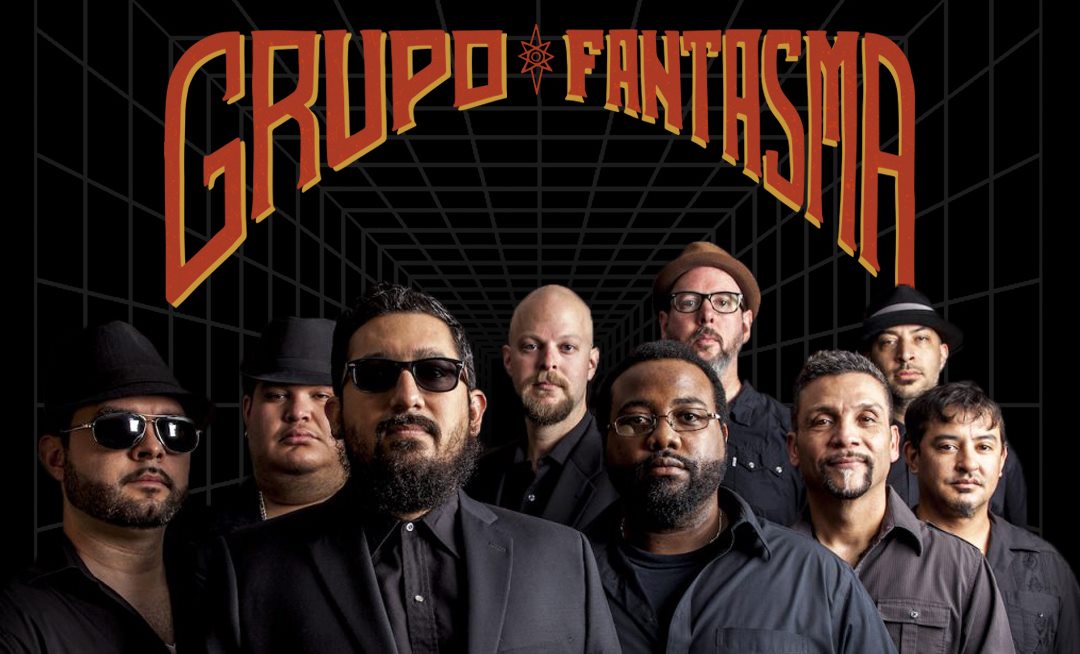 Grupo Fantasma & True Grit Talent Present:
Grupo Fantasma LIVE at The Far Out Lounge & Stage!
We wanted to do something special for our fans, so we decided to gather at The Far Out Lounge and Stage for an intimate night of Grupo Fantasma. We welcome all our friends and family both old and new to join us for a voyage of Latin Music through time & space.
September 24, 2021
Doors at 7:00PM
$25 adv/$30 dos
All Ages
Get Tickets: https://bit.ly/faroutgrupo
GRUPO FANTASMA
The nine-piece collective formed in 2000 in Austin, Texas, and are now entering their 19th year as a band. The group consists of Jose Galeano (timbales, vocals), Kino Esparza (vocals, hand percussion), Beto Martinez (guitar), Greg Gonzalez (bass), John Speice (drums), Matthew “Sweet Lou” Holmes (congas), Gilbert Elorreaga (trumpet), Josh Levy (baritone saxophone) and Mark “Speedy” Gonzales (trombone).
Grupo Fantasma has been praised as one of the most important independent acts in the Latin genre and has continually defied expectations to create one of the most unique musical voices to come out of the United States in the 21st century. In 2011, they garnered further acclaim by winning a Grammy (their second such nomination) for their self-produced release El Existential on Nat Geo Music which the Wall Street Journal called “Latin music both new and traditional…vibrant fusions that transcend easy classification.”
The band´s incendiary live show, declared by NPR as “seamless whenever and wherever they´re on stage” has brought the band to major festivals and venues internationally including Bonnaroo, Austin City Limits, North Sea Jazz Festival (Curacao and Rotterdam) and Lowlands in the Netherlands, Kennedy Center, London´s O2 Arena, Montreal Jazz Festival, WOMEX, WOMAD, Tempo Latino (France) as well as two tours to Kuwait and Iraq to entertain US troops and a recent tour in Pakistan and Qatar. Their diverse spectrum of devoted fans speaks to the ensemble´s universal appeal beyond just Latin or world music.

* * *
The Far Out Lounge is located at 8504 South Congress. Winner of Best New Venue at the Austin Music Awards 2020.
http://www.thefaroutaustin.com/