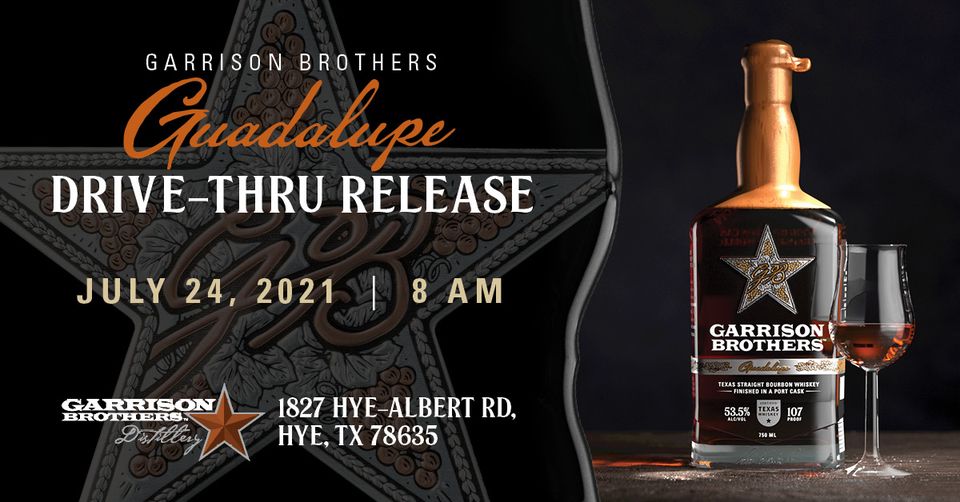 “A sensuous, creamy liquid. Full on berry fruit. Ripe plums. Strawberry butter on flaky morning biscuits. Chocolate and cinnamon. Lavender honey. Toasted coffee beans. Instant drool.”
Those are the words Dan Garrison uses to describe Guadalupe, the latest experimental bourbon worked up in the Garrison Brothers stillhouse. And we think it’s about time y’all had a chance to taste it yourselves.
Guadalupe can be traced back to one of our most sought-after expressions from a few years back: Estacado. Many of y’all longtime friends of Garrison Brothers will likely remember the velvety-smooth bourbon that graced the shelves for a while, combining the spice of a four-year Texas bourbon with the bright, fruity notes of a wine-cask finish. From the first sip of that super-sweet nectar, we knew we had something
special on our hands.
Of course, if you know anything about Dan and Donnis, you know that they’re always looking to make the next batch bigger and better than the one before. To do that, they decided to go right to the source, and began reaching out to our friends in Portugal.
Once they got their hands on a set of Tawny Port barrels boasting flavor notes of hazelnut, butterscotch, and graham cracker, Guadalupe was shaping up to be another legendary release.
Dan and Donnis selected 90 thirty gallon barrels of bourbon that had originally been filled in 2015. And to give you an idea of just how much of a share the Angels took from this batch, four Texas summers depleted this 2,700-gallon batch to just 1,530 gallons of juice. This batch was then put into twenty-six 59 gallon Port casks in 2019 and left to bake in the Texas sun for a little while longer.
Now, after two more years in some of the craziest weather Texas has ever had, Guadalupe is ready to be released into the wild. This 107-Proof beauty is packed with notes of caramel, cinnamon, clove, and hazelnut, melding to form a rich, complex nectar that’s the perfect dessert pairing or after-dinner nightcap.
Now that they’re all bottled and shined up, we’ll be releasing them at the ranch on 8 a.m. on July 24th.
Bottles will be $129.99 and limited to just 2 per person, so make sure to show up and grab your spot as early as possible. We’ll see y’all at the distillery at 8 a.m. CDT on July 24th! Salud!