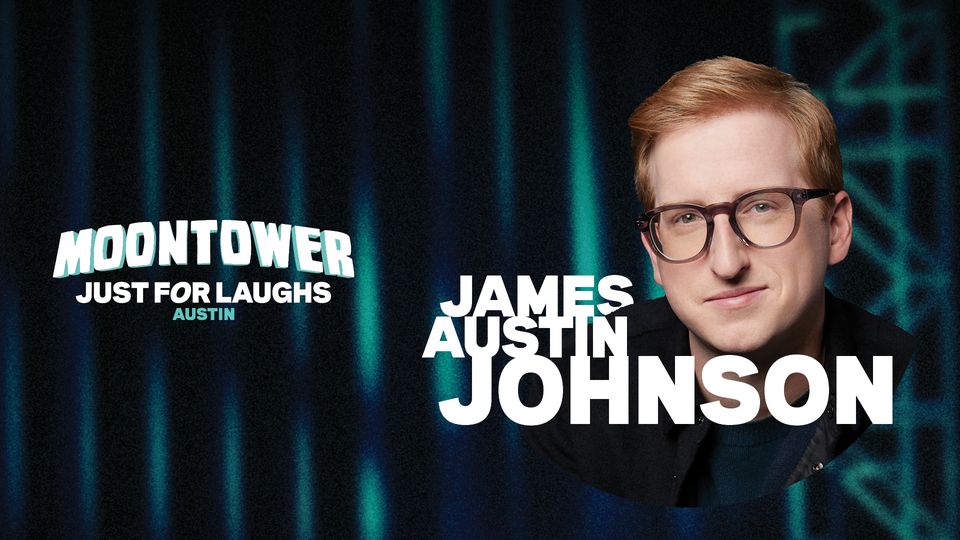 James Austin Johnson headlines Moontower JFL Austin Comedy Fest!
Badges: Moontowercomedyfest.com
Single Tickets: tickets.austintheatre.org/7678
JAMES AUSTIN JOHNSON is a comedian originally from Nashville and a featured player on SATURDAY NIGHT LIVE. The New York Times has called him “one of SNL´s most versatile celebrity impressionists.” His spot-on impression of Trump paired with his improvisational ramblings about Weird Al, Julia Louis Dreyfus, and Scooby Doo have garnered over 5 million views, with profiles on James in Vanity Fair, Slate, Mashable and VICE to name a few. As an actor, James´ TV/Film credits include FUTURE MAN, BASKETS, ROBBIE, BETTER CALL SAUL, THE LAST TYCOON and the Coen Brothers´ feature HAIL, CAESAR!. As a stand up, James has performed on the Vice series FLOPHOUSE, as well as RIOT LA and JUST FOR LAUGHS as a New Face.
Moontower Just For Laughs Austin Comedy Festival | April 13-24
Get a badge to join us and see over 100 comics across 10+ downtown Austin venues! Star Badge holders will be able to choose this event as one of their headliner options.
Tickets for this event are not included with Satellite Badges.