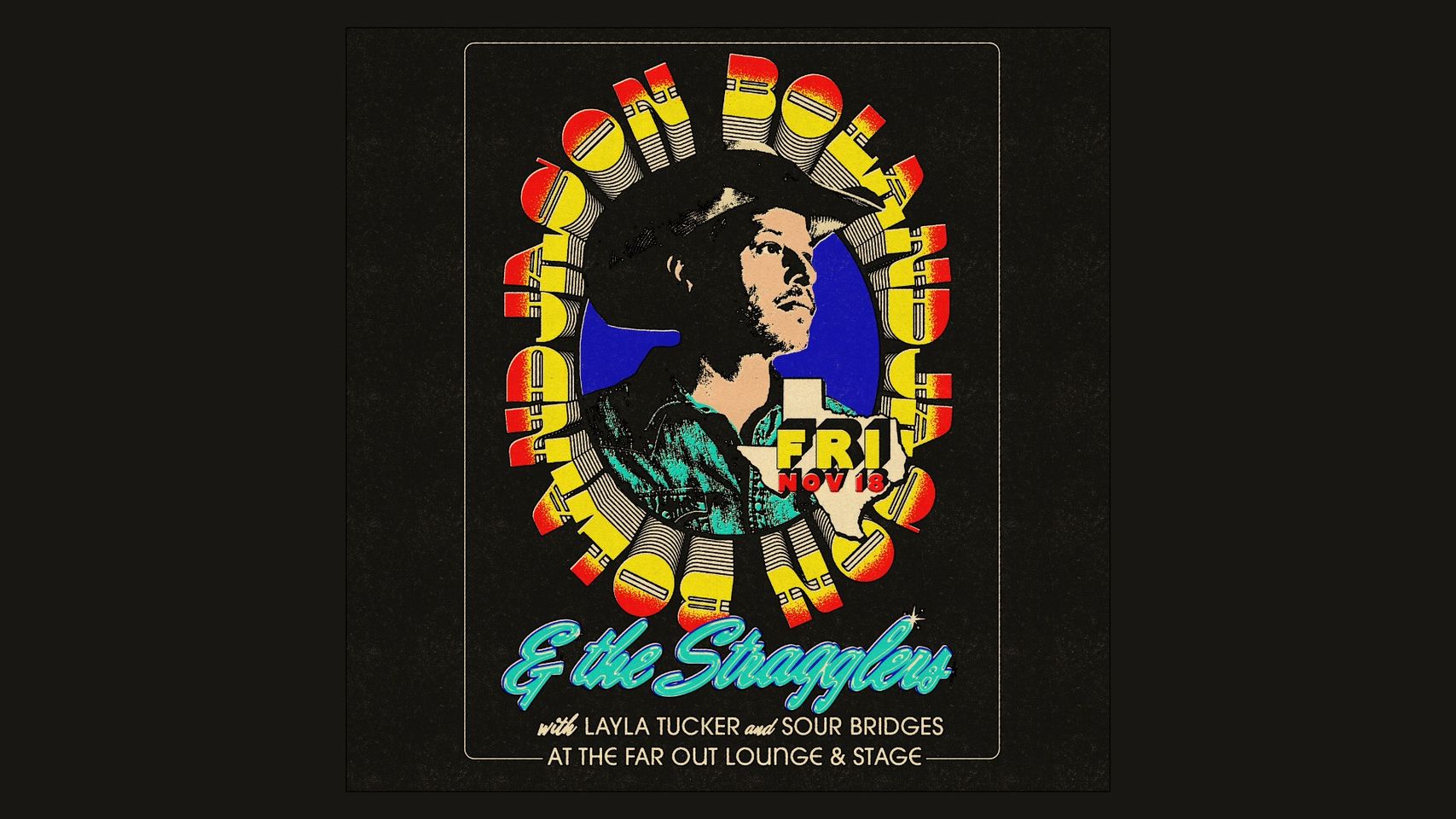 REPORT EVENT/PHOTO
Nov 18, 2022
06:00 PM
Get Tickets
The Far Out Lounge and Stage
View event on Facebook

Friday, November 18
The Far Out Lounge
Doors at 7pm
$15 adv/$20 dos
JASON BOLAND & THE STRAGGLERS
For the past 20 years, Jason Boland & the Stragglers have dazzled audiences all over as one of the leading ambassadors of the Oklahoma and Texas music movement. Millions of fans cheering him on, over 500,000 records sold independently and 10 albums later, Boland is a career musician whose legacy continues to grow. From his early days touring in cramped vans and playing in front of tiny bar crowds to the packed venues he performs in today, Boland´s uncompromising approach has grown his profile dramatically, especially in the past handful of years. Add to that the legions of musicians who are influenced by Boland, and his impact on the scene is undeniable.
LAYLA TUCKER
While the name might sound familiar, Layla Tucker is a fresh new face to Country Music. Some might call this 22 year old Nashville singer/songwriter a veteran since she started performing at the tender age of 5 years old. Layla brings a unique blend of traditional Country Music reminiscent of legendary artists such as Loretta Lynn and Patsy Cline with the vocal prowess of new Country Music favorite Kacy Musgraves. Layla´s down-to-earth approach to music is authentic to her simple and honest approach to life.
SOUR BRIDGES
Sour Bridges is that browngrass band from Austin, TX. Browngrass; it´s like bluegrass, but a little dirtier. Assembled in 2010, Sour Bridges has created their own style of roots-rock meets back porch music. This band turns Folk up a notch with some hard twangin´ banjo, fiddle and mandolin. They also have a knack for savory three part harmonies. Sour Bridges´ live show is high energy, enchanting and bound to get you swinging.

Get tickets: bit.ly/faroutjasonboland
PLEASE NOTE: Parking is limited, and rideshares are encouraged!
* * *
The Far Out Lounge is located at 8504 South Congress.
www.thefaroutaustin.com/