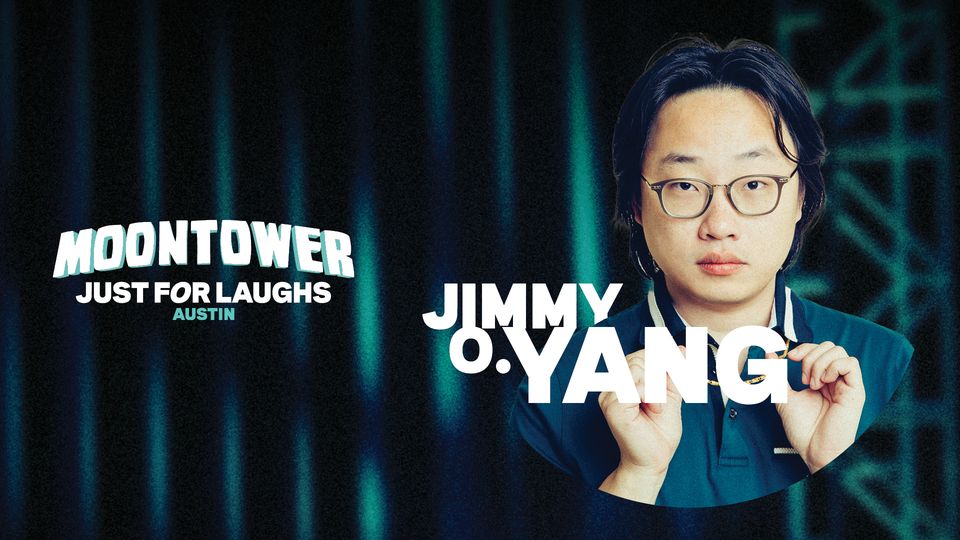 Jimmy O. Yang headlines Moontower JFL Austin Comedy Fest!
Badges: Moontowercomedyfest.com
Single Tickets: tickets.austintheatre.org/7786
JIMMY O. YANG is an actor, stand-up comedian, and writer best known for his portrayal of `Jian Yang´ on HBO´s Emmy-nominated series SILICON VALLEY. In 2017, he made a dramatic turn in his theatrical debut starring opposite Mark Wahlberg in the highly acclaimed PATRIOTS DAY directed by Peter Berg. Shortly after, he joined the ensemble of the international phenomenon in Jon Chu´s Warner Bros. hit CRAZY RICH ASIANS. Born in Hong Kong, Yang moved to Los Angeles when he was thirteen, where he eventually made his television debut on the CBS series 2 Broke Girls and his first late-night stand-up appearance on The Arsenio Hall Show, where he received a rare standing ovation. He´s the author of the book HOW TO AMERICAN: An Immigrant´s Guide to Disappointing Your Parents, which is his personal memoir of growing up as a teenage foreigner in America. His first hour-long comedy special GOOD DEAL pulls stories from his life as mentioned in his book is currently streaming on Amazon Prime.
He currently stars & writes on Netflix´s half-hour series SPACE FORCE opposite Steve Carrell and John Malkovich, which is currently in production on Season 2. Up next, he will be seen in the starring role of the upcoming rom-com LOVE HARD also for Netflix from producer McG. Other film credits include FANTASY ISLAND, LIKE A BOSS, LIFE OF THE PARTY, JULIET NAKED, THE HAPPYTIME MURDERS, EL CAMINO CHRISTMAS and THE OPENING ACT. Lastly, he makes up one-third of the production company Crab Club Inc. with partners Jessica Gao and Ken Cheng who just wrapped their first feature film EASTER SUNDAY starring Jo Koy in which they wrote and produced with a sprinkle of Jimmy O. on-screen.
Moontower Just For Laughs Austin Comedy Festival | April 13-24
Get a badge to join us and see over 100 comics across 10+ downtown Austin venues! Star Badge holders will be able to choose this event as one of their headliner options.
Tickets for this event are not included with Satellite Badges.