Jo James & Dave Orr Band at One 2One 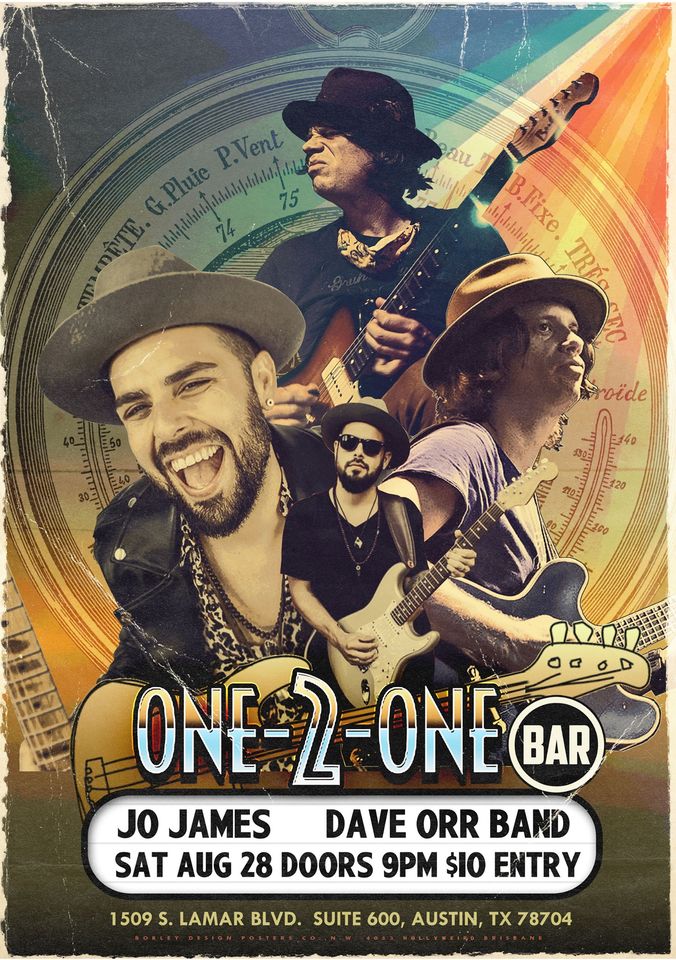 Jo James-
Austin TX Singer-Songwriter and multi instrumentalist Jo James has a gift of entertaining the crowd.
His “retro” style incorporates elements of Blues, Neo Soul, R&B, and Funk. Jo delivers smooth grooves and soulful vocal expressions. From heavy-hitting stages to intimate heartfelt performances, Jo James continues to captivate audiences in a powerful way.
Jo has worked and performed with some of the industries top acts and also received the honor award at the 100% Music Songwriting Contest, and was nominated for “Soul of Austin” award at Austin Armadillo Awards.
You may have seen him featured on Season 17 of The Voice.
“Great raw talent and voice is lovely to listen to” – John Legend
“I love Jo’s voice” – Blake Shelton
http://www.jojamesmusic.com
David Orr Band-
In his heart, Dave has always had a deep appreciation of the great blues and Jazz of the past and present, and he has relished years of late nights playing dive bars with his beat up Gibson during his years studying Jazz at Australia’s leading music conservatoriums (JMI and Griffith).
Despite playing just about any style you could name over the years, he has always found a home with bluesy guitar driven rock n soul and released his debut full length album in 2019. As a session guitar player, Dave has toured Europe and North America extensively with Australian Theatre production “The Ten Tenors” and is well acquainted with tour bus life, travelling the world guitar in hand.
David is now based in Austin, Texas “Live music capital of the world” a city thriving with artists and world class musicians to collaborate with.