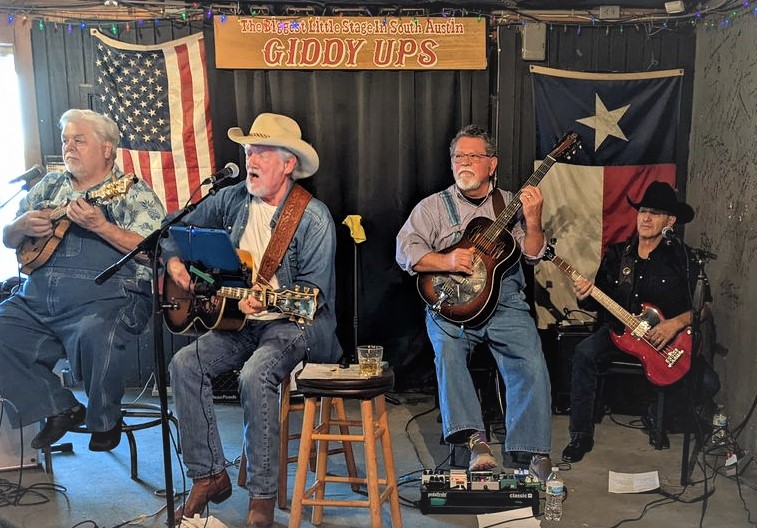 John Casner or better “Lost John” as everybody knows him, has several musical sides into him as well – former member of the Austin Roadhouse band, playing with Poor Yorick, but also being involved and curating many of the local singer/songwriters of the past (Blaze Foley, Cody Hubach, Rich Minus, Calvin Russell.) John has a large knowledge of songs and stories.
Old Austin Roadhouse band member Ben Hogue and other special guests complete the texicana lineup on Sundays.