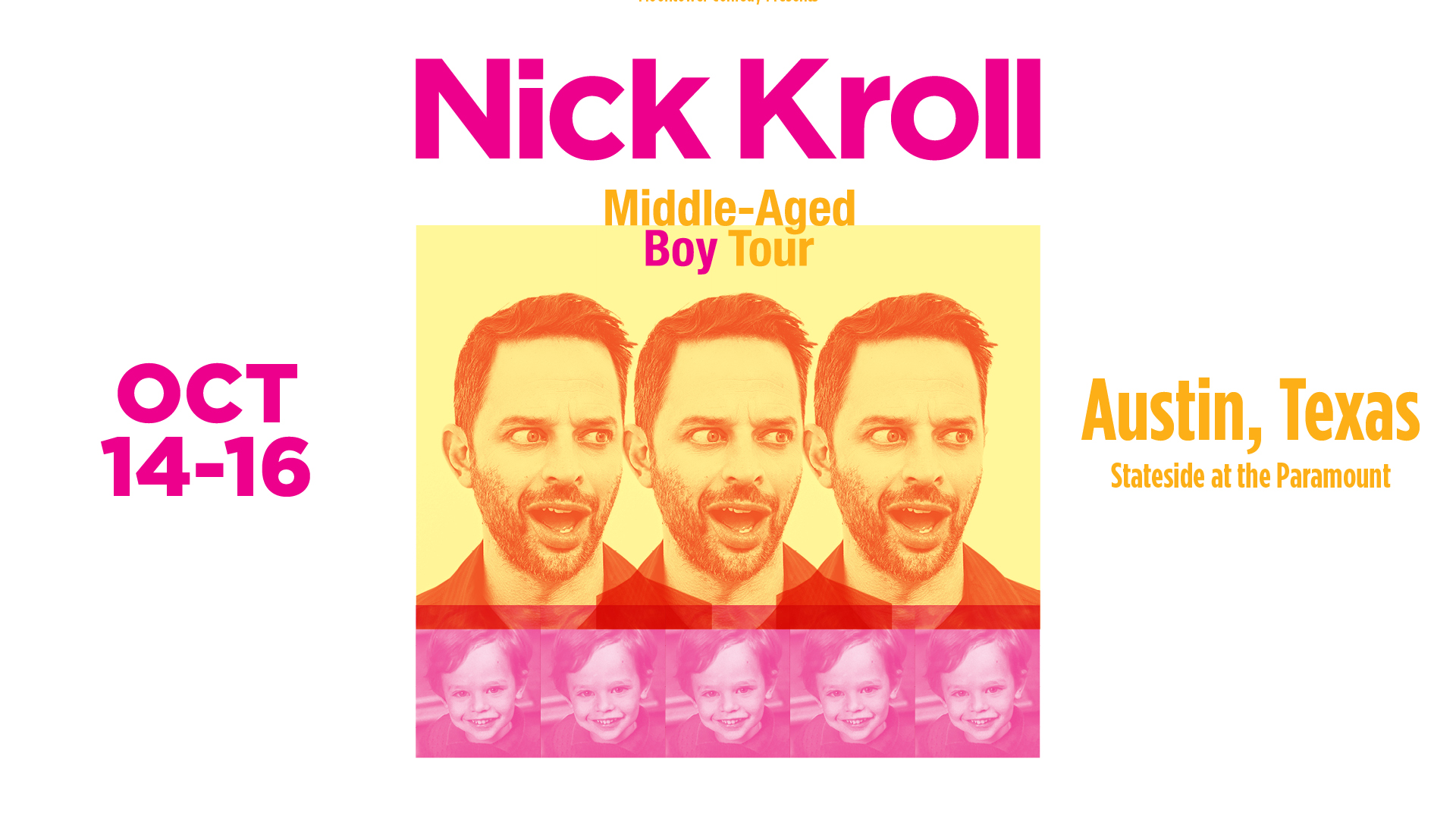 Stateside at the Paramount
Thursday, October 14, 2021

Nick Kroll has established himself as one of today´s most sought-after creators, writers, producers, and actors in both film and television.

Dubbed “the Picasso of Puberty” by The New York Times, Nick co-created, writes, produces and performs over 30 voices on the Emmy-Nominated Netflix animated series BIG MOUTH, which is based on his childhood. BIG MOUTH has been heralded by Vanity Fair as “one of TV´s most honest depictions of growing up.”

He and his BIG MOUTH co-creators recently announced their newest project for Netflix, HUMAN RESOURCES, a workplace comedy which will be set in the world as the BIG MOUTH creatures and monsters.

Nick can also be seen or heard in the upcoming films SING 2, THE ADDAMS FAMILY 2, and Olivia Wilde´s DON´T WORRY DARLING alongside Harry Styles and Florence Pugh.

He created and starred in the critically acclaimed KROLL SHOW, which ran on Comedy Central. He also starred as “Ruxin” in the hit FX show THE LEAGUE. He is currently guest starring on the FX hit comedy WHAT WE DO IN THE SHADOWS, Apple´s DICKINSON, HBO Max´s OUR FLAG MEANS DEATH alongside Taika Waititi, and Apple´s ROAR, opposite Issa Rae.

He co-wrote and starred in OH, HELLO on Broadway alongside frequent collaborator John Mulaney for 138 sold out shows which resulted in a critically acclaimed Netflix special of the same name.

In November 2019, he began his tour for Nick Kroll: Middle-Aged Boy, his stand-up comedy show, which hit multiple US cities with sold out shows in the UK and Australia.