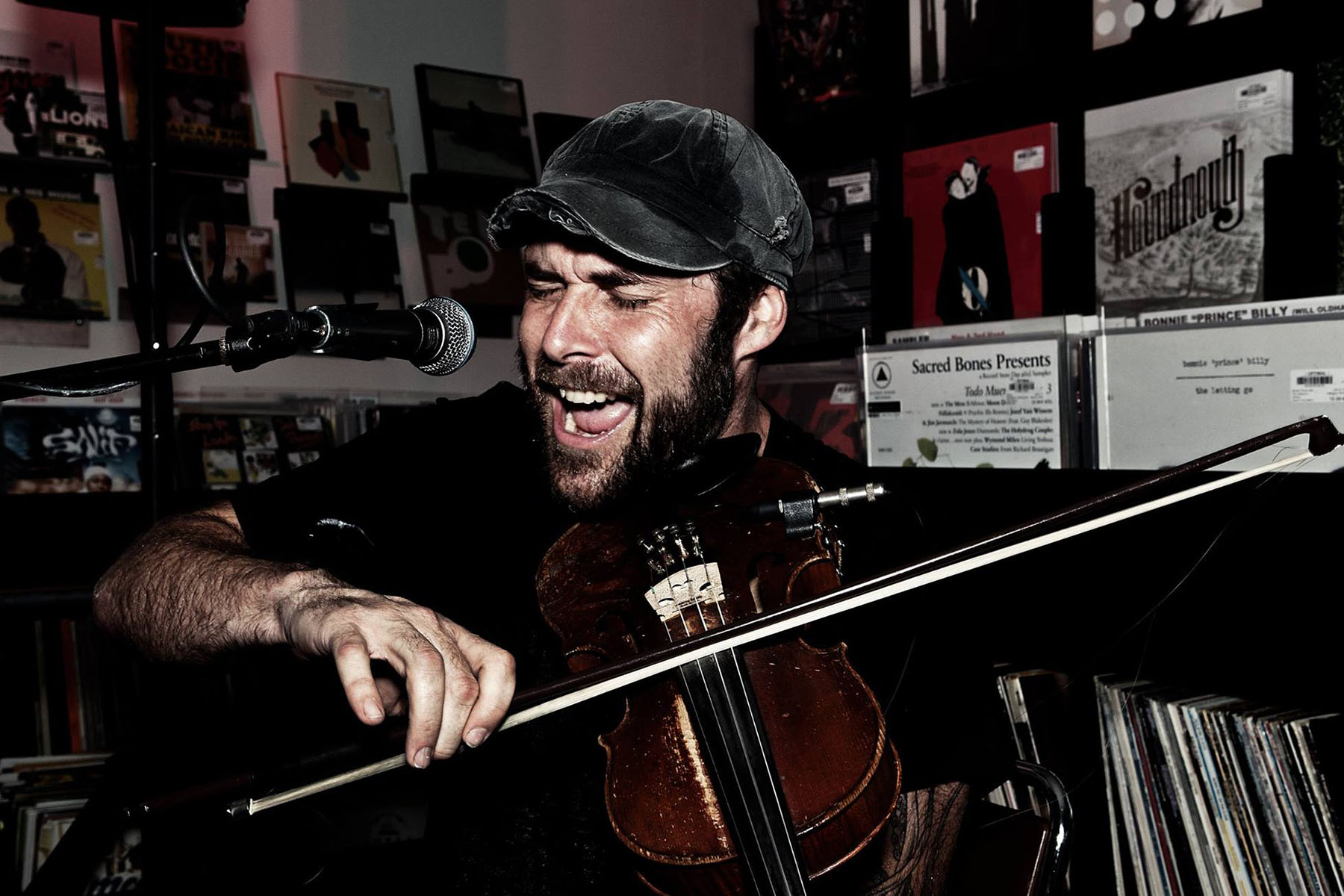 Recognized by the New York Times for one of the best live shows, Wert exerts a passion for life that transfers to his often-intense concerts as well. But for the “Hurricane” video, he tones things down, finding a peaceful clearing in a forest and only breaking five or six of his fiddle’s bow strings….”
– CMT Edge

“whether percussively stomping on an old wooden box, sawing a dusty fiddle, picking a banjo, or yelping a song as his head bobs and weaves from a seated position, fans are never under the impression they are seeing and hearing something of this earthly realm. The mix of roots and emotional electricity at a Possessed by Paul James show is akin to a live electric socket missing its cover as stripped wires spark with flickers of enthralling danger…”
– PASTE Magazine

“There’s nothing more DIY than a one-man-band, and there is no better one-man-band playing today than Austin, TX’s Possessed by Paul James. Also known as Konrad Wert, James captivates audiences with his own blend of blues, acoustic and punk music, a unique sound that has earned him fans in the roots and hardcore communities alike.”
– The Bluegrass Situation

“His homespun songs cover a wide range of American roots music and generally propel him into a trance-like state. Sometimes the music pours out of him in a delicate vocal warble. Other times he saws at his fiddle and snarls like a pit bull.”
– CMT – The Edge