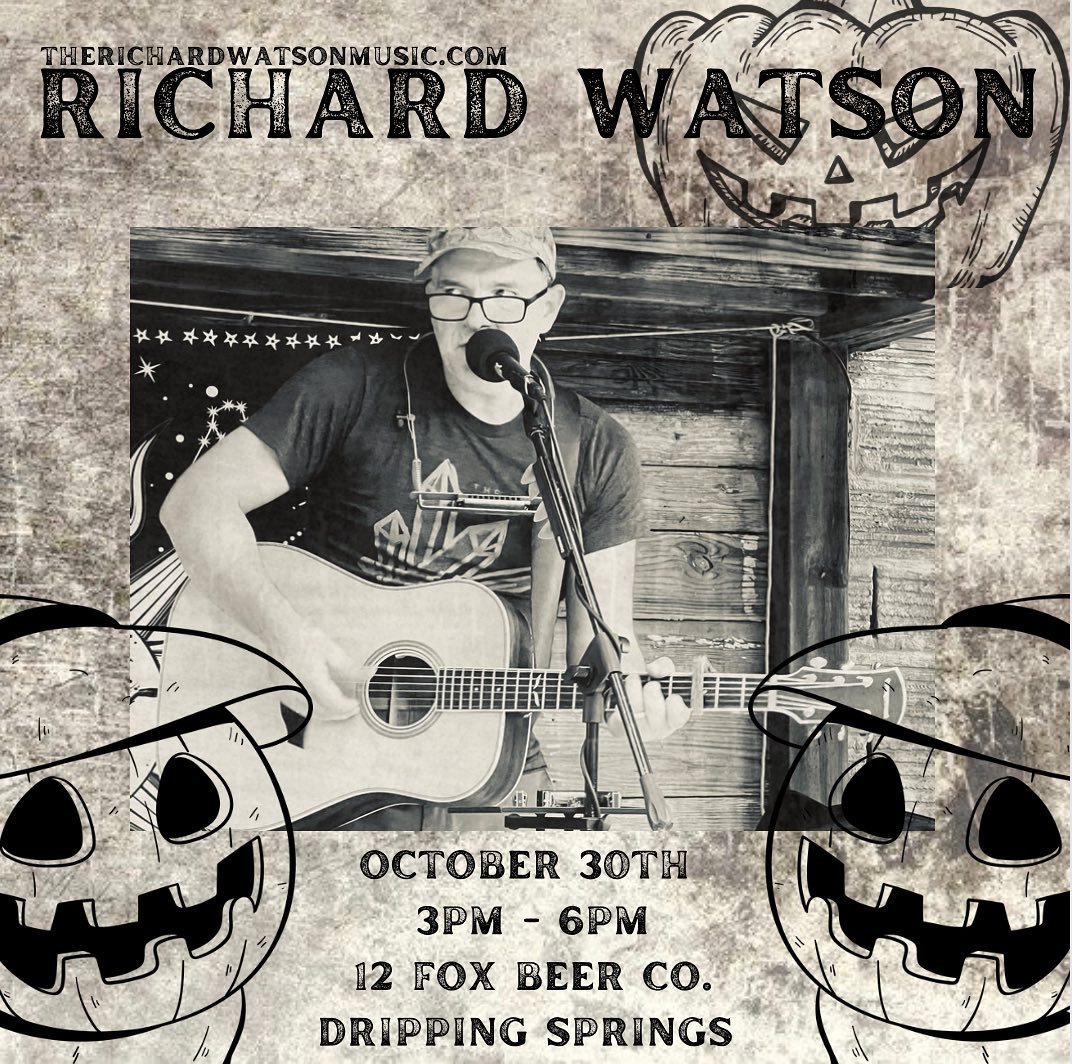 Come for the beer, stay for the music!
Brewery opened from 12pm-9pm. All ages are welcome and admission is FREE!!
Raised in the piney woods of East Texas on equal parts George Jones, George Michael, and George Harrison, Richard Watson has spent his entire life studying, learning, and emulating the musicians that paved the road he now follows in a quest for something he can call his own. A former punk rock kid who cut his musical teeth in the post grunge years of the late 90s, Richard brings that same DIY attitude to the Folk/Americana music he now finds himself deeply immersed in. Honest, emotional, and sometimes raw to a fault, Richard brings all these things to the stage in the hopes of connecting and sharing the music that fills his head and heart.
www.facebook.com/therichardwatsonmusic/