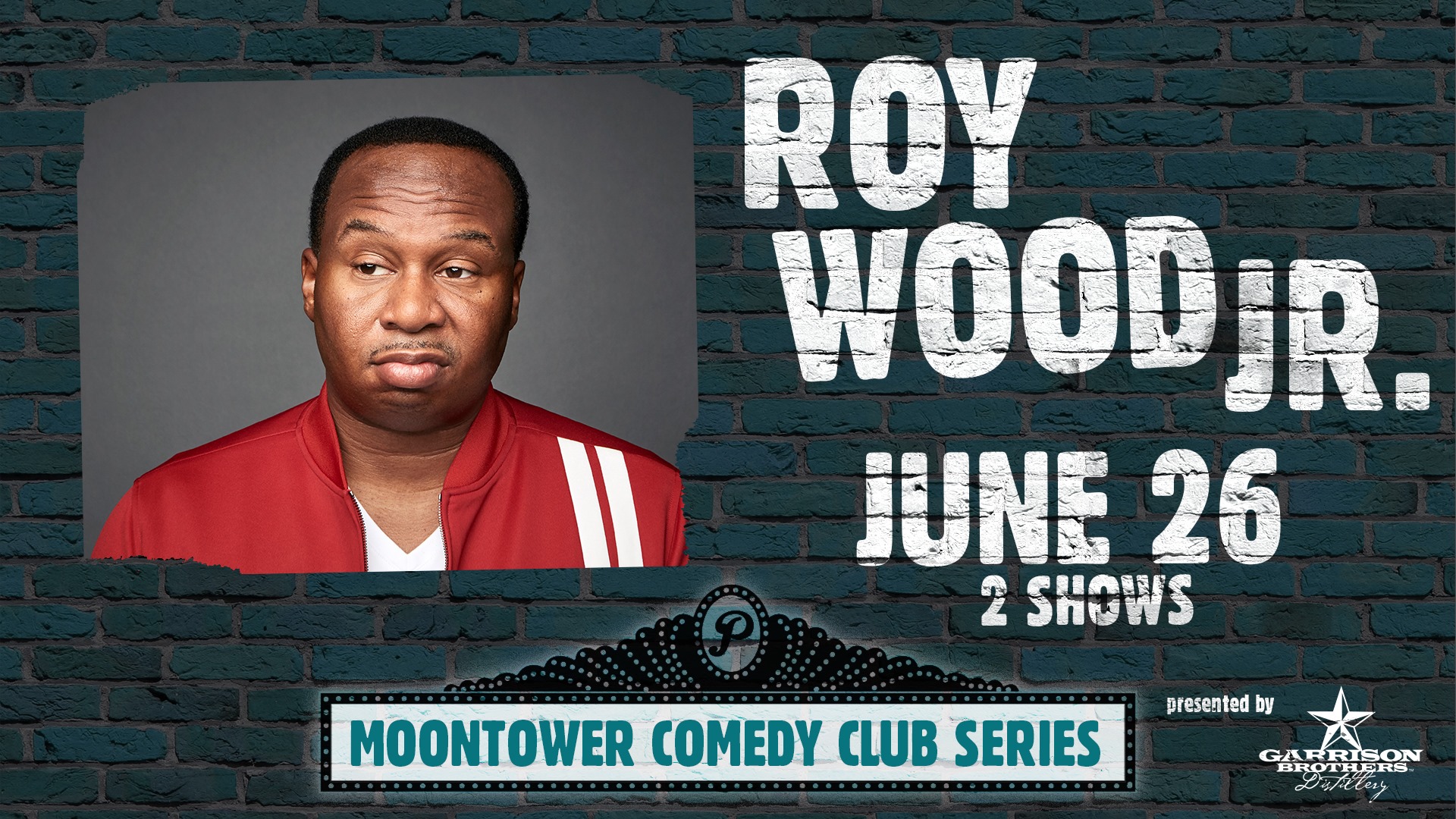 Roy Wood Jr.’s comedy has entertained millions across stage, television and radio. In addition to stand-up comedy, producing and acting, Roy is currently a correspondent on Comedy Central’s Emmy & NAACP Award winning The Daily Show with Trevor Noah. During his tenure, he has used The Daily Show’s brand of satire to shed a light on serious issues like Chicago gun violence, police reform, LGBTQ+ discrimination, ICE deportations and PTSD in the Black community. His recent credits include guest starring roles in Netflix’s comedy series Space Force, AMC’s Better Call Saul, and The Last O.G. on TBS.

Roy expanded his already large role on Comedy Central with a comprehensive “first look” deal and is developing his comedy pilot ‘Jefferson County: Probation.’ He also wrote and starred in the Comedy Central web series The Night Pigeon, the story of a black superhero with minimal powers fighting the biggest baddest gang in his community, The Gentrifiers. Additionally, Comedy Central is committed to produce and air Roy’s third one-hour standup special. His second special, Roy Wood Jr.: No One Loves You premiered as part of Comedy Central’s Stand-Up Month in January 2019, the network’s highest rated original stand-up premiere since his February 2017 one-hour, Roy Wood Jr.: Father Figure. In 2017, he was also named the new host of Comedy Central’s storytelling series, This is Not Happening.

Roy is a graduate of the Florida A&M University with a B.S. in Broadcast Journalism. True to his roots, he is a strong and outspoken advocate for reshaping the image of Alabama and the American South as a whole. In 2018, he penned a New York Times piece on the subject. He is actively working with the Birmingham City Council and the Film Commission to bring more entertainment jobs to the state. During the pandemic, Roy has spent time raising money for the staff of his hometown comedy clubs in Alabama through and Laugh Aid. In October 2006, he made his network television debut on the Late Show with David Letterman. In 2008, he appeared on HBO’s historic Def Comedy Jam and in 2010 was selected by America as one of the top three finalists on NBC’s Last Comic Standing. He has appeared on The Late, Late Show with Craig Ferguson, Conan, The Tonight Show Starring Jimmy Fallon, Late Night with Seth Meyers and The Late Show with Stephen Colbert. He has also performed for the troops on numerous USO tours in the Middle East and the Pacific Islands. Prior to The Daily Show, Wood co-starred for three seasons on the TBS sitcom Sullivan & Son. Angeles. Keep up with Roy on Twitter and Instagram @roywoodjr.