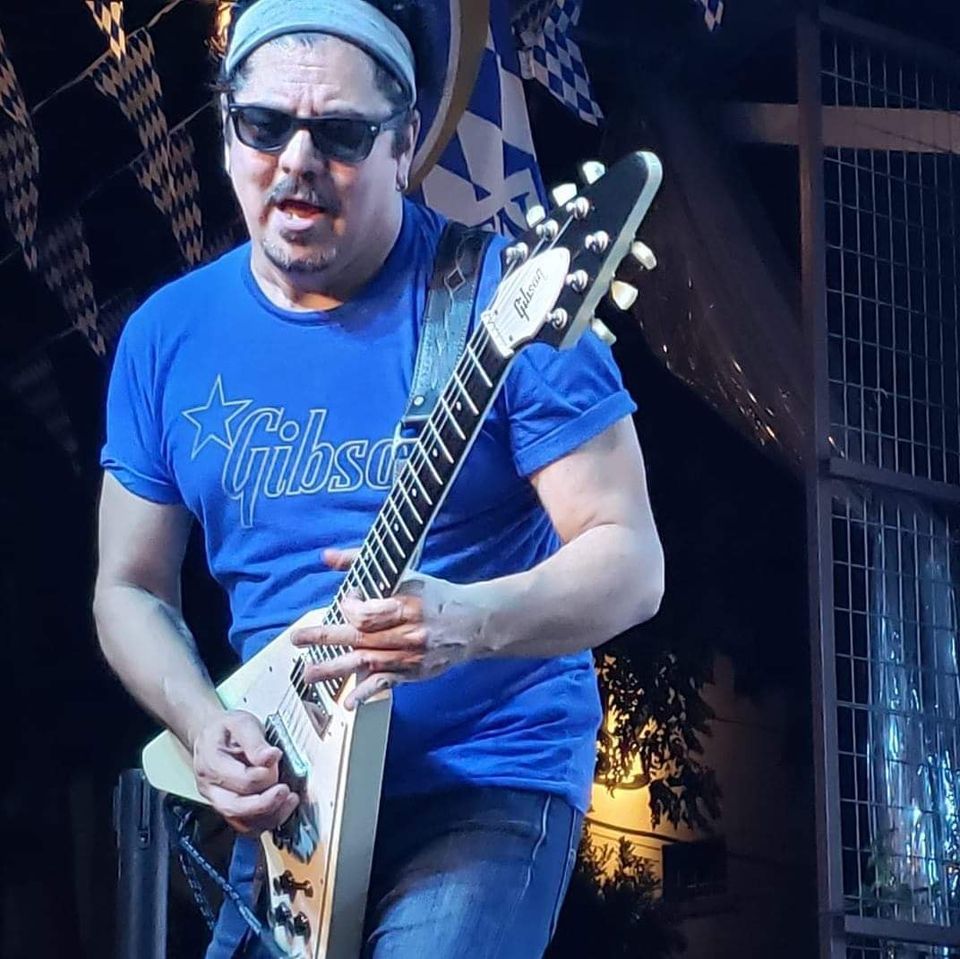 “My guitar might change shape and size; but, those six strings will always be a part of who I am and who I have grown up to be,” he’s quoted in his biography and promises that there are no two shows like each other.
“Ruben V is badass guitarist, singer, with great songs, great stage presence, and a hell of a nice cat to top it off,” says Grammy-winning Texas Tornado drummer Ernie Durawa about Ruben V.
Based on a smooth mixture of Latin Blues and Soul, Ruben shows. what it would sound like if the legendary Steamboat on 6th Street still would be alive and going, with the music of Stevie Ray Vaughan and other guitar-based slingers. But it’s not only his guitar mastery but also the soulful singing that gets him noticed in the press – no wonder he was asked to open shows for B.B. King, Buddy Guy, and Los Lonely Boys. The Ruben V shows become enlivened jams inciting the audience into a musical frenzy.