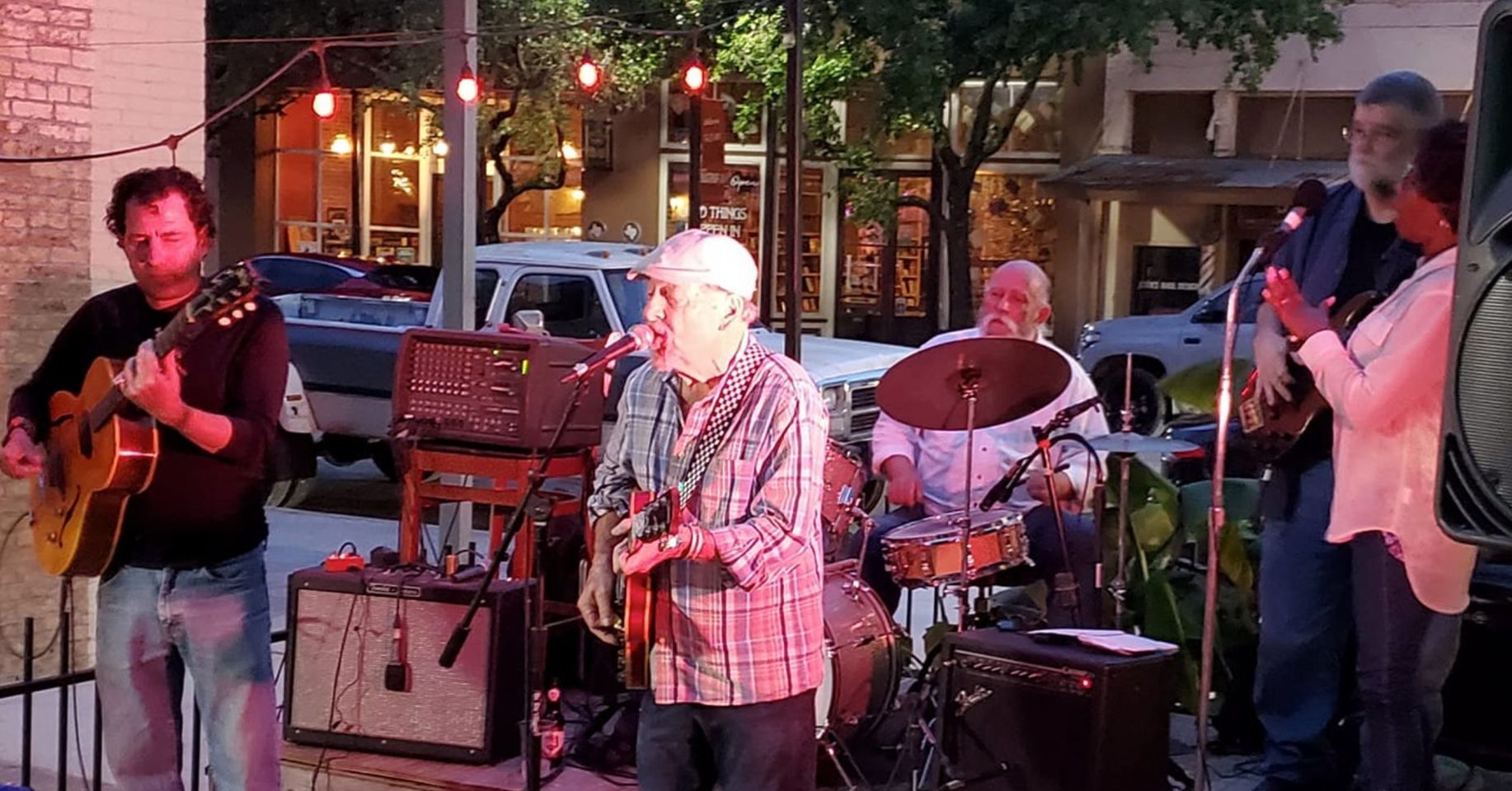 Rock’n’Roll quartet, Smitty City Band has been a feature of the Central Texas music landscape since the 1990s. They offer a unique blend of pop, country, blues, jazz, and oldies.
Steve Smith, guitar, singer-songwriter, bandleader, and recording artist. He arrived in Austin in 1975 and has shared the stage with Eddie Raven, Jerry Jeff Walker, Steven Fromholz, and many others. His forte is 50’s and 60’s rock and roll, R&B, soul, and country.
Brian Herring – lead guitar. He has just returned to Central Texas after years of touring the Rio Grande Valley.
Tal Wiginton – he has been around a long time and has played drums with a lot of people.
John Dunn – Bass Guitar – formerly of Dunn Deal Band, he also plays bass with Dewey and the Divahos. He was a featured performer at Giddy Ups Jubalfest.