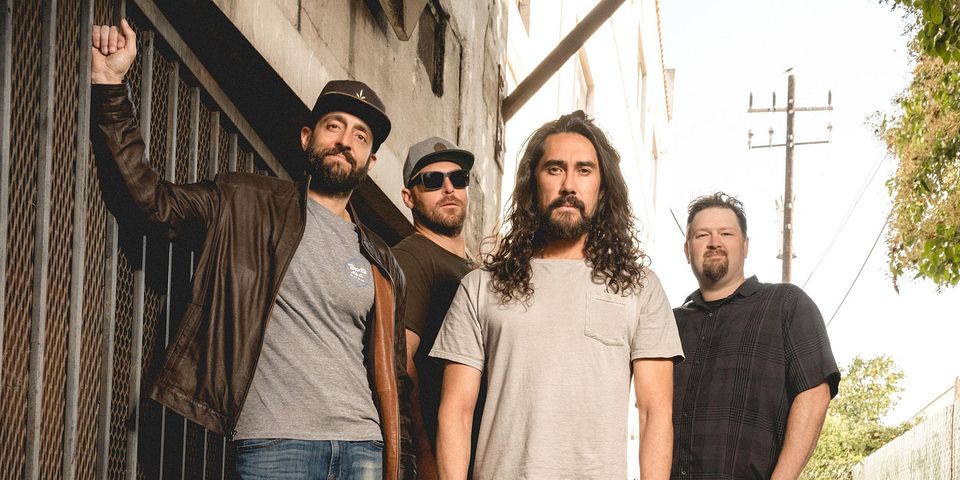 Thursday April 21 @ Flamingo Cantina
Official After Party of Austin Reggae Fest 2022
featuring exclusive acoustic sets by:
The Expendables + Lion Heights
Ages 21+ welcome, $22 pre-sale tickets available while supplies last at: www.eventbrite.com/…/the-expendables-lion…
Any remaining tickets night of show will be $25 at the door on a first come, first served basis.
THE EXPENDABLES
Geoff Weers: vocals, guitar
Adam Patterson: drums, vocals
raul bianchi: guitar, VOCALS
Ryan DeMars: bass, vocals
“I packed this bowl for two/I´m gonna wanna smoke it with you” “Bowl for Two”
The Expendables have proven anything but in their nearly 25-year career since starting out as a spirited party band in high school covering surf-rock nuggets such as Dick Dale´s “Miserloo” and “Wipe Out” for birthdays and family gatherings. A quarter-century later, elementary school buddies Raul Bianchi, Adam Peterson and Geoff Weers, along with bassist Ryan DeMars, who joined in 2000, have forged a unique original sound born in the laid-back beach life of their Santa Cruz, CA. hometown.
The Expendables´ infectious hybrid of ska, surf-rock, punk, reggae and metal can be heard in their latest streaming track, “Surfman Cometh,” a spaghetti-western meets “Pipeline” twang that could easily form the soundtrack to the latest Quentin Tarantino film. The song is the first release from the group´s new and improved Band Room, their longtime rehearsal space in a 1,100 square foot warehouse and former wine cellar on Coral Street, where Adam Patterson took charge of the mix to great effect.
“Geoff brought that riff to the table, and the band jammed on it,´ explains Raul about the song´s genesis. “We recorded it live at our studio, then laid down overdubs in our individual homes. Adam and I even went down to Pleasure Point here in town with laptops and microphones to record the crashing waves at the beginning and end.”
It’s all part of The Expendables´ plan to become more self-sufficient in these challenging times, as they begin to rely on themselves after a steady regimen of touring through the years numbering 125-150 shows a year, including such international outposts as Germany and Guam.
“We have such a weird, specific sound, it makes sense to produce ourselves,” says Weers, the band´s front man and co-writer. “We were a lot more aggressive when we were younger, much more punk and metal. These days, we lean more towards that island vibe.”
The band´s previous studio album of original material, 2015´s Sand in the Sky, was followed by The Expendables´ second release featuring acoustic reworkings of past material, Gone Raw, 2019´s follow-up to 2012´s Gone Soft. The albums represent not so much acoustic versions, but totally reimagined renditions of some of the group´s most well-known material. Songs like “Ganja Smugglin´” goes from a hard-edged metal/reggae banger to a Latin flamenco vibe, thanks to Raul´s classical acoustic stylings, while “Anti-Social” metamorphoses from hardcore punk to a country lament.
“We got very creative,” explains Raul. “Coming up with different styles and arrangements happened easily and organically, pointing to the album´s two covers, a lovely acoustic take on The Beatles´ “Blackbird” and a bluesy cover of Tom Waits´ “Long Way Home” by way of Norah Jones´ version.
The Expendables´ eclectic approach goes back to their formative years, Raul´s influences included blue guitarists like Stevie Ray Vaughan and fret-buster Steve Vai along with heavier bands like Metallica and Pantera, while Adam favored ska punks Less Than Jake, Reel Big Fish and Aquabats, who all topped bills at the local Coconut Grove. Geoff was into roots reggae icons such as Bob Marley, Peter Tosh and Steel Pulse. Together, you get The Expendables, a band perhaps inconceivable anywhere else but Santa Cruz, where they made their mark by hosting the radio show, Locals Only, on local station KMBY, in the early 2000s.
With signature songs like “Bowl for Two” and “Ganja Smugglin´,” The Expendables have now expanded their brand into cannabis, starting a boutique company ExpendaFarms and developing the strain ExpendaBerry, which is, as `Bowl for Two” puts it, “frosty purple nugs.” The product line also includes CBD sublingual tinctures, while all the flower farming is done organically, without pesticides. Although Raul himself isn´t a daily user, he does find CBD effective for a combination of stress, insomnia and stage fright.
“Growing up here, the surf/skate/UC Santa Cruz culture is very supportive of cannabis. It´s viewed as part of the environment, of who we are, our upbringing. We just sing about what we know. We don´t preach, but we support legalization,” says Raul.
The Expendables continue woodshedding until they can get back out on the road, with planned future releases including a live album recorded at the Roxy in Los Angeles on November 17, 2017, as well as polishing off a few previously unreleased songs from their extensive back catalog. Their 2017 Moment EP, which debuted at #1 on the Billboard Reggae chart, showed the band starting to move into different musical directions, a set featuring collaborations with reggae crooner HIRIE, rapper Tech N9ne, Eric Rachmany and Micah Peuschel.
“We have a pretty large backlog of musical ideas,” says Raul. “We´re going to keep putting out new songs and reworking old tunes in different styles. When we allow them to marinate on the shelf a while, we can really come up with a fresh approach.”
Still wanting to improve after all these years, The Expendables approach their 25th anniversary without looking over their shoulders, even as Geoff contemplates the reasons behind their longevity.
“Because we started out as friends long before we had a band,” he says. “We keep things light, but the fact we´re able to do this keeps us doing it. This has always been like living a dream. Every time I want to give up, I just remember, I get to play music that people like and pay to hear. This music represents our common experiences.”
“We started so young, we could barely play our instruments,” recalls Raul. “We didn´t even know what `making it´ meant at the time. There´s always room for us to grow as musicians. We haven´t hit our ceiling yet.”