The Residents in Austin, TX 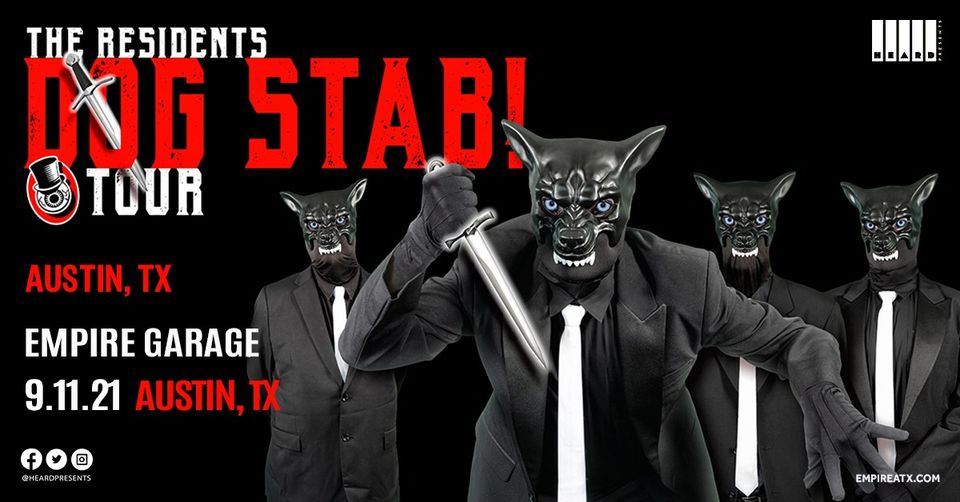 : https://found.ee/TheResidents_Sept11 Details: 18+ with $5 minor surcharge
: 9pm
For 40 years, The Residents have remained a riddle of Sphinx-like wilful obscurity, the band’s members never identified themselves by name.
The Residents are an American art collective best known for avante garde and multimedia works. The first official release under the name of “The Residents” was in 1972, and the group has since released over 60 albums, numerous music videos and short films, three CD-ROM projects, ten DVDs. They have undertaken 9 major world tours and scored multiple films. Throughout the group’s existence, the individual members have ostensibly attempted to operate under anonymity, preferring instead to have attention focused on their art output. Much outside speculation and rumor has focused on this aspect of the group. In public, the group appears silent and costumed, often wearing eyeball helmets, top hats and tuxedos – a long-lasting costume now recognized as their signature iconography.