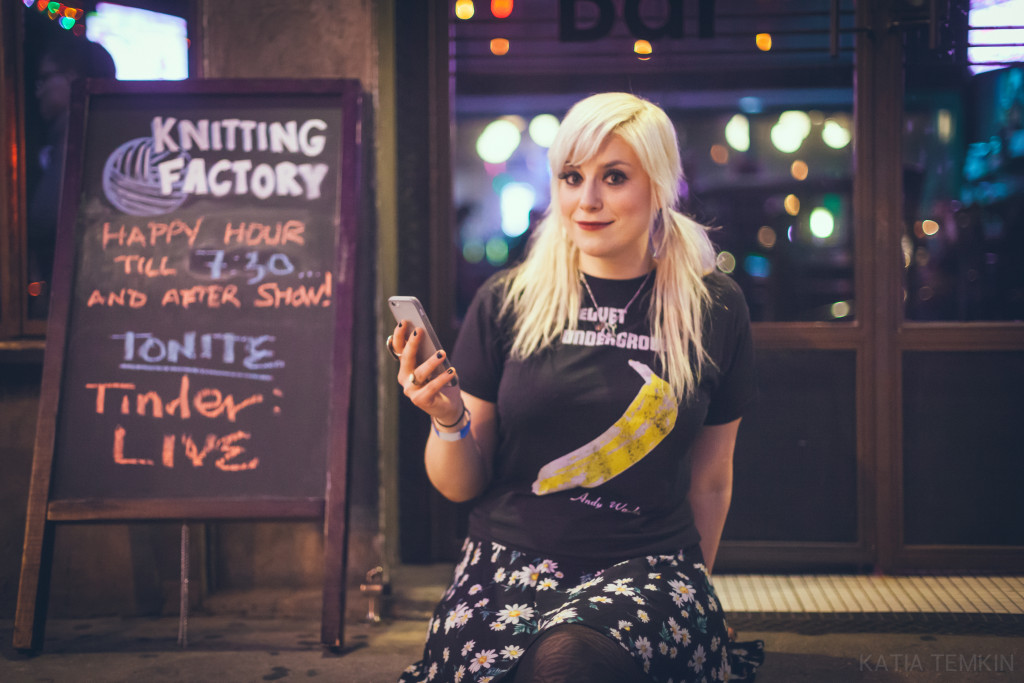 Tinder Live has been named one of the best comedy shows in NYC for good reason. Produced and hosted by NYC based comedian, Lane Moore (The Onion, Brooklyn Magazine’s “50 Funniest People In Brooklyn,” former Cosmopolitan Magazine sex & relationships editor, and author of #1 bestseller, How To Be Alone: If You Want To And Even If You Don’t, praised as one of the best books of the year by The New York Times, New York Magazine, NPR, Fast Company, Marie Claire, and many others), Tinder Live is a totally improvised, anything-can-happen interactive comedy showstopper with helpful and oftentimes ridiculous Tinder tips, tricks, real-time swiping, and messaging (and sometimes even real-time phone calls with Tinder matches)! You’ll relate to Moore’s live-swiping and laugh at her reactions and find inspiration in her ridiculous, random emoji-filled messages (and sometimes even phone calls!) to would-be suitors. It’s also a great show to attend with a date, Tinder or otherwise.

But don’t expect cheap shots…this show has a huge heart. In between laughs, Lane reminds us how challenging it can be to find a match in the digital age. Even if you’ve never been on an online dating site, you will love this show.

“Tinder LIVE! is truly addictive entertainment…[it’s] ingenious. Moore transforms the banter on a dating app into compelling long-form improvisation. Ms. Moore, a cagey and humane performer, has developed an instinct for turning the raw materials of sexually charged chat with ordinary strangers into honed and generous jokes. “TinderLive” has a comic momentum and energy that is unusual. The way she manipulates tone and pace reveals an artist supremely confident in her form, not to mention a flirt par excellence.” — The New York Times.

The Mohawk is relentless live music in the heart of Austin's legendary Red River Live Music District. 2 epic stages and an intimate bar.