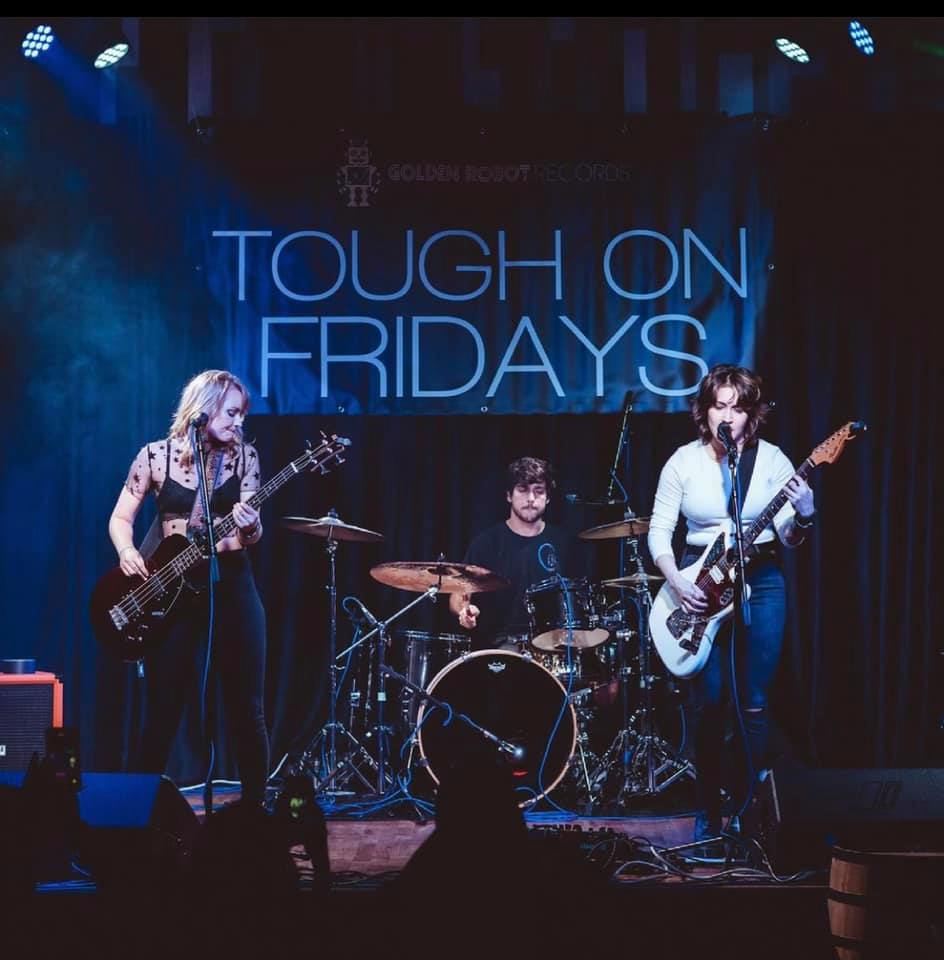 Tough On Fridays & Ruby Dice close out the night for The Van Wilks Band at ONE-2-ONE BAR.
“Tough On Fridays has a sound that’s unlike anything you’ve heard before yet somehow exactly what you need to hear.” Kat Graves, The Underground Revival
The girl alt rockers started out the year signing with global indie powerhouse label Golden Robot Records (LA Guns, Jefferson Starship, The Crooks), opening for The Dollyrots in Dallas, playing in Austin’s Empowerment Fest & Skunkfest as well as the main stage of Carolina Indie Fest with Paleface and Nashville’s Accidentals, AND recording their second album, as they continue to roll!
Ruby Dice an electrifying bass player, singer/songwriter originally out of Colorado has become a fixture in the Austin music scene she´s dancing across stages with her own fiery originals along with backing up several local artists. Bass life is the best life.
Closing out their unbelievable year, Tough On Fridays & Ruby Dice help finish what the The Van Wilks Band starts – an evening of three flavors of Texas rock you won’t want to miss!